Follow peace with all men, and holiness, without which no man shall see the Lord.
Hebrews 12:14 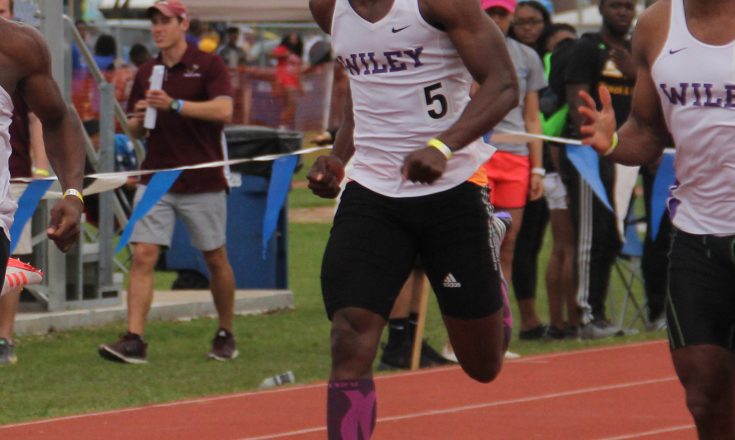 Moriba Morain makes history as he is the first Wiley College Track Athlete to win both the NAIA and Red River Athletic Conference Track Athlete of the Week Wednesday.   Morain ran the fastest 200-meter dash time in the NAIA this season at 20.94 at the Bobby Lane Invitational in Arlington, Texas, Saturday – competing

ATLANTA – A section of US 80 in Marshall will receive a new riding surface during this summer according to plans approved in March by the Texas Department of Transportation (TxDOT). “We will be resurfacing a 3.8-mile section of the highway making up Victory Drive between US 59 and Loop 390 East,” said Paul Wong,

MARSHALL, Texas – South Marshall STEM Academy has been recognized as a Reward School by the Texas Education Agency in an announcement and special presentation during the March regular meeting of the Marshall ISD Board of Trustees. Carmen Delgado, Region 7 Education Service Center Coordinator, presented the award to South Marshall Principal Jerry Hancock and

MARSHALL, Texas – The Marshall ISD Winterguard has rescheduled its performance from last Friday’s “Dinner and a Show” which was cut short due to rough weather which roared through the area during their first performance. Winterguard director Crystal Walker said that the groups will schedule a “redemption performance” for Friday, March 31, at 5:30 p.m.

ARLINGTON, Texas – Wiley College men’s track and field athlete Marbeq Edgar continued where he left off in the 800-meter run as he topped the field full of NCAA Division I athletes at the University of Texas-Arlington Bobby Lane Invitational. Edgar finished the race in 1:51.77 to secure a bid to repeat his NAIA Championship.

ARLINGTON, Texas – Three Wiley College women’s track and field athletes raised the bar on their times as they set personal bests at University of Texas-Arlington’s Bobby Lane Invitational Saturday. Renae Dennie and Taishia Pryce broke their previous personal records and ran the fastest times in Lady Wildcat history since 2008 in the 100-meter and