Wherewithal shall a young man cleanse his way? by taking heed thereto according to thy word.
Psalm 119:9 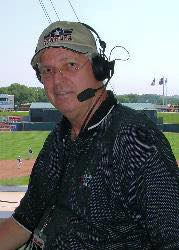 Dr. Frank Lower passed from this life Tuesday. He was at work Monday. He even planned to be in Tuesday, but was not feeling well, so he took the day off. He passed away at his home.

Frank Lower was a retired professor from ETBU. He taught communication, and was also involved in theatre production at the university, and in the community. However, for the past 14 years Dr. Frank was a beloved member of KMHT Radio.

Frank told us all what was happening at City Commission and Commissioner’s Court meetings. For years it was Frank that sat at the elections office telling us all who won and who lost.

“Dr. Frankensports” also was the longtime voice for Harleton High School football. But he had a softness for girls’ athletics, too. He could be heard broadcasting Harleton and Marshall girls’ basketball and volleyball.

Frank even broadcast during the Marshall Christmas parade. Frank was kind, unassuming, and a vibrant part of the East Texas community. We will all miss him.