In all labour there is profit: but the talk of the lips tendeth only to penury.
Proverbs 14:23 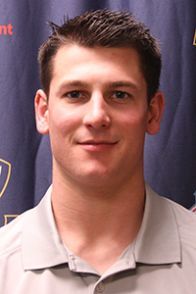 ASC: RICHARDSON– Receiving the highest award in the American Southwest Conference, East Texas Baptist University’s Conner Combs is the “Athlete of the Year.” It is the first time a male athlete from ETBU has been voted for this award.

The ASC Athlete of the Year award recognizes the men’s and women’s student-athlete whose athletic accomplishments during the current athletic year best contributed to their sport, their institution’s overall athletic program and to the conference. Each ASC member institution nominates its campus athlete of the year recipients to the conference-wide ballot. The award is presented for the 17th time in the 2015-16 academic season.

“I am honored to receive this award and looking back on this year I am reminded of why I was awarded with this honor,” said Combs. “My teammates’ support motivated me, my coaches’ guidance helped me and my family’s love an inspired me, and God’s grace sustained me. I am who I am today because of them. I am so grateful to receive this award and represent East Texas Baptist University.”

The American Southwest Conference Player of the Year, Combs ranked fourth in the NCAA in home runs (15) and led the ASC in slugging percentage (.734). He ranked second in the ASC in RBI (52) and total bases (116) and was fifth in stolen bases (20), sixth in batting average (.399) and ninth in hits (63). Combs led the Tigers to 31 overall wins, the most by an ETBU team since 2005. A two-time All-American selection, Combs received honors from D3baseball.com and the American Baseball Coaches Association in 2016. The ETBU Scholar-Athlete Medal of Honor recipient and the ASC Distinguished Scholar Athlete in baseball, Combs capped off his record-setting season as the first student-athlete in ASC history in any sport to receive the CoSIDA Division III Academic All-American of the Year award.

“This is an extremely high honor and well deserved for Conner,” said ETBU coach Jared Hood. “I am proud to have coached him and see the player and man he has developed into. Conner has been our team’s leader spiritually, and in the classroom, and on the field the last two years. He has earned this award and I could not be happier for him.”

Combs graduated in May in just three years from ETBU with a 3.94 grade point average and is currently pursuing a master’s degree.